We represented a residential home improvement contractor in obtaining a money judgment against one of its customers in the trial court. For months, the judgment debtor promised payments, stated that his assets "were not liquid," and generally came up with every excuse as to why he could not make good on the judgment.

After six months of nonpayment and broken promises, we began serious and intensive judgment enforcement proceedings. We re-interviewed our client and it appeared that the judgment debtor may have disclosed what banking institution he banked with in an email to them. We tried running a search of old emails using eDiscovery software, but that did not prove fruitful. What we did find was an email from the judgment debtor in which he CC'd his financial adviser.

At the same time, the contractor remembered a phone conversation from two years prior where the judgment debtor stated he needed to transfer money out of a popular national banking association. We immediately sent out what is called an Article 52 restraining notice to garnishee with a subpoena to place a freeze on the bank account.

The freeze on the bank account was later confirmed by the bank, and the judgment debtor immediately called us to pay off the full amount of the judgment plus all accrued interest, court costs and fees, in exchange for a release of the hold that was placed on his account. Our client's money judgment was satisfied in full. 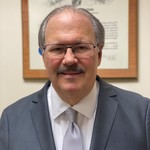