In this case, my client had an interaction with the police and was arrested on a felony warrant from out of state. The sister state told the arresting officers in New York that they were going to extradite my client across the United States, during a pandemic. Upon the arraignment of the fugitive complaint, we decided to call the foreign state's bluff and waive extradition to that state immediately. By the end of the day, the warrant hold was dropped and my client was released. 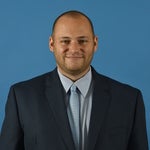